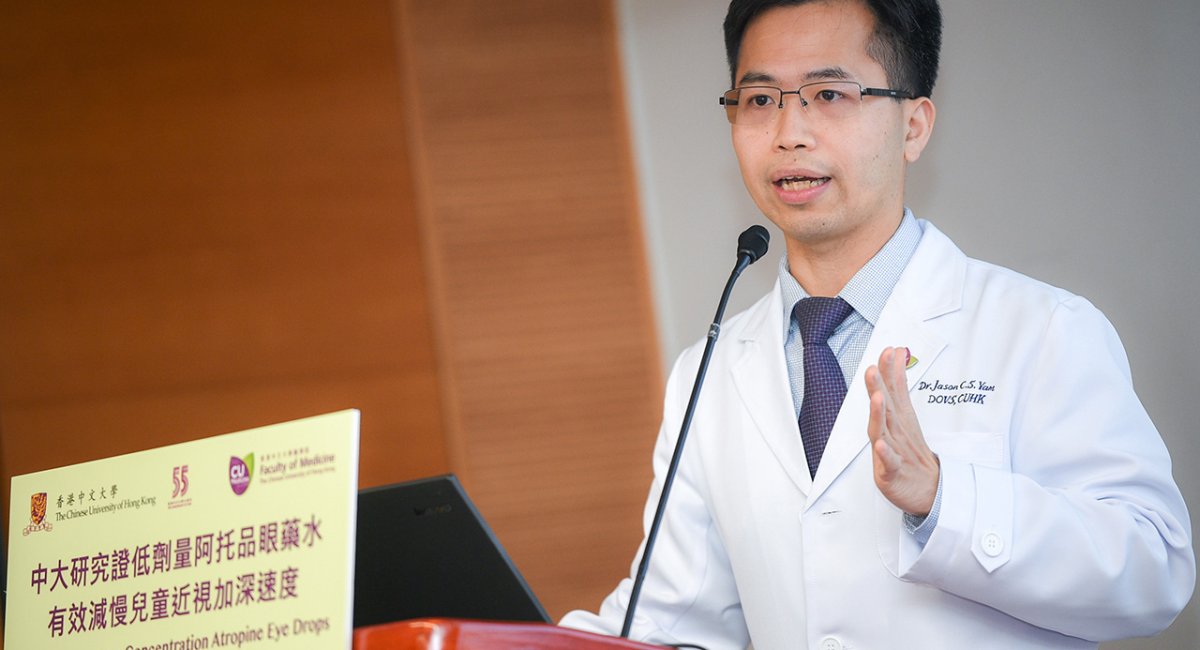 Dr Jason Yam Interviewed By Reuters Health For The Effects Of Atropine 0.05%

Dr Jason Yam was interviewed by Reuters Health ‘s Marilynn Larkin and talked about his recent findings on the effect of Atropine 0.05% to slow myopia progression in children. Before Dr. Yam’s work, it was commonly believed that atropine 0.01% was the optimal concentration, as reported in a 2011 study.

Importantly, the first-year results of the Dr. Yam’s LAMP (Low-concentration Atropine for Myopia Progression) study showed that 0.05% atropine conferred the best treatment-side effect ratio among 0.05%, 0.025%, and 0.01%. The current study extended LAMP to two years to assess the efficacy and safety of these low concentrations of atropine over two years.

For the group that switched from placebo to 0.05% atropine, myopia progression was significantly reduced, with an SE change of 0.18D in second year versus 0.82D in first year, and AL elongated 0.15 mm in second year versus 0.43mm in first year. Accommodation loss and change in pupil size in all concentrations remained similar to the first-year results. Visual acuity and vision related quality of life remained unaffected. All concentrations were well tolerated.

The authors conclude, “Over two years, the observed efficacy of 0.05% atropine observed was double that observed with 0.01% atropine, and it remained the optimal concentration amongst the studied atropine concentrations in slowing myopia progression.”

Dr. Yam said, “While our current report confirmed that 0.05% remained the optimal concentration over two years, our third year (extension) will look into its efficacy over three years, and also (assess) whether treatment should be continued or stopped at the third year.”