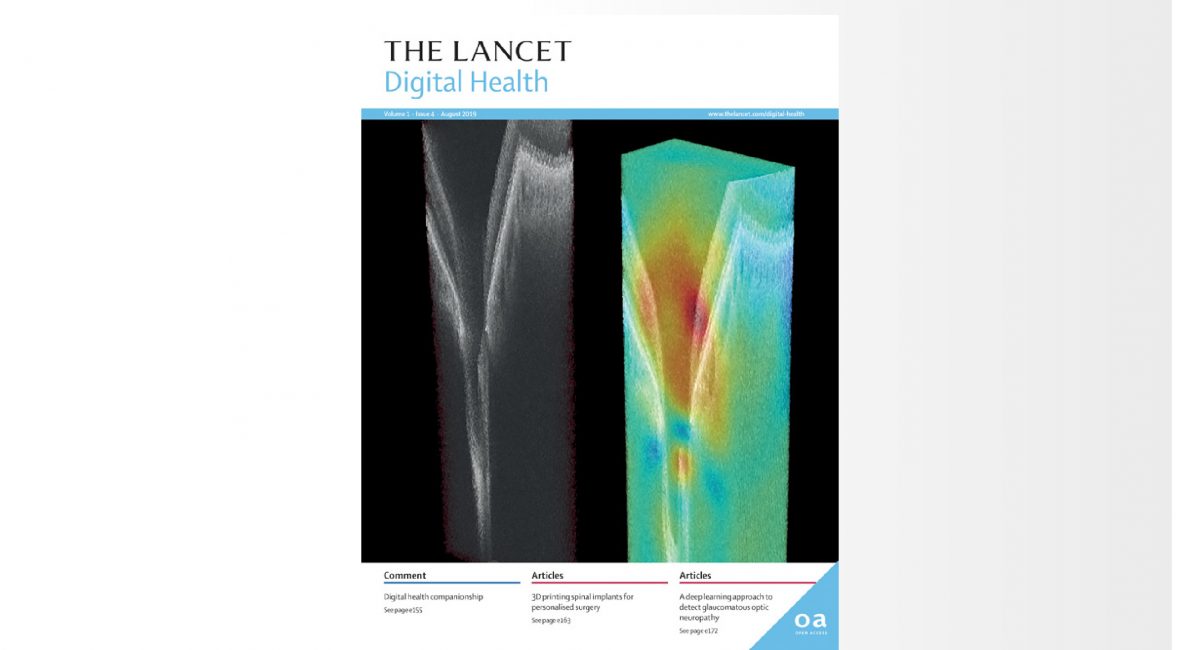 Currently, about 60 million people have glaucoma worldwide,  it is a complicated disease in which damage to the optic nerve leads to progressive, irreversible vision loss. Early chronic glaucoma usually results in only peripheral visual loss, which may NOT be noticeable by the patient. Therefore, the team believes, early detection of glaucoma is crucial for timely treatment and minimizing irreversible vision loss. A specific ocular imaging technique, called spectral-domain optical coherence tomography (SDOCT) is widely used in clinics to detect glaucomatous structural changes, called glaucomatous optic neuropathy. However, the interpretation of all the examination results still requires experienced glaucoma specialists, which are in short, especially in primary clinics and community-based care centres.

Funded by Research Grants Council, Dr Cheung’s project aims to develop and validate a three-dimensional (3D) artificial intelligence (AI) system using SDOCT volumetric images to detect glaucomatous optic neuropathy. They used a particular subgroup of AI, called deep learning, which is especially beneficial for pattern recognition and image classification. AI deep learning based screening has been proved with a huge potential to facilitate glaucoma screening in a more cost-effective way which is more rapid, automated and does not require a large number of experienced trained personnel on site, allowing effective stratification of at-risk patients for further investigations. Eventually, this will allow earlier detection of glaucoma and earlier intervention, and thus further minimizing the irreversible loss in vision and quality of life from glaucoma.

Methods : Residual network, one kind of deep learning networks good at 3D image classification, was used to build the AI system. With the aim of training, testing and primary validating the AI system, they retrospectively collected a dataset including 4877 SDOCT volumes of optic disc cube from electronic medical and research records at the Chinese University of Hong Kong Eye Centre (Hong Kong, China) and the Hong Kong Eye Hospital (Hong Kong, China). Three independent datasets (two from Hong Kong and one from Stanford, CA, USA), including 546, 267, and 1231 SDOCT volumes, respectively, were used for external validation to show whether the AI system would also perform well on unseen datasets, which would further prove the feasibility of the AI system to apply into other clinic centres.

Volumes were classified as having or not having glaucomatous optic neuropathy by three glaucoma specialists with 10 to 25 years’ experience according to the criteria of retinal nerve fibre layer thinning on reliable SDOCT images with position-correlated visual field defect. Heatmaps were generated to show the discriminative regions for the AI system to detect glaucomatous optic neuropathy. Area under the receiver operation characteristics curve (AUROC, range 0-1), a statistical method to illustrate the binary classification performance was generated. Other metrics, such as sensitivity (i.e., truly detected positive rate, range 0-100%), specificity (i.e., truly detected negative rate, range 0-100%), and accuracy (i.e., truly detection rate, range 0-100%) were also calculated to assess to diagnostic performance. The higher AUROC value, sensitivity, specificity, and accuracy were, the better the AI system performed. The performance of the AI system was further compared to two experiences glaucoma specialists.

Findings : In total of 6921 SDOCT volumes were studied. The 3D AI system had AUROC of 0·969, sensitivity of 89%, specificity of 96%, and accuracy of 91% in the primary validation. The 3D deep-learning system performed similarly in the external validation datasets, with AUROCs of 0·893–0·897, sensitivities of 78–90%, specificities of 79–86%, and accuracies of 80–86%. The consistent performance proved the AI system’s good generalizability, in other words, it could potentially still perform well on other unseen datasets. The heatmaps of truly detected glaucomatous optic neuropathy case showed that the learned features by the 3D AI system used for detection of abnormality were similar to those observed by clinicians. Besides, the performance of the proposed AI system was comparable to two glaucoma specialists which further showed its feasibility to apply into care centres without glaucoma specialists. 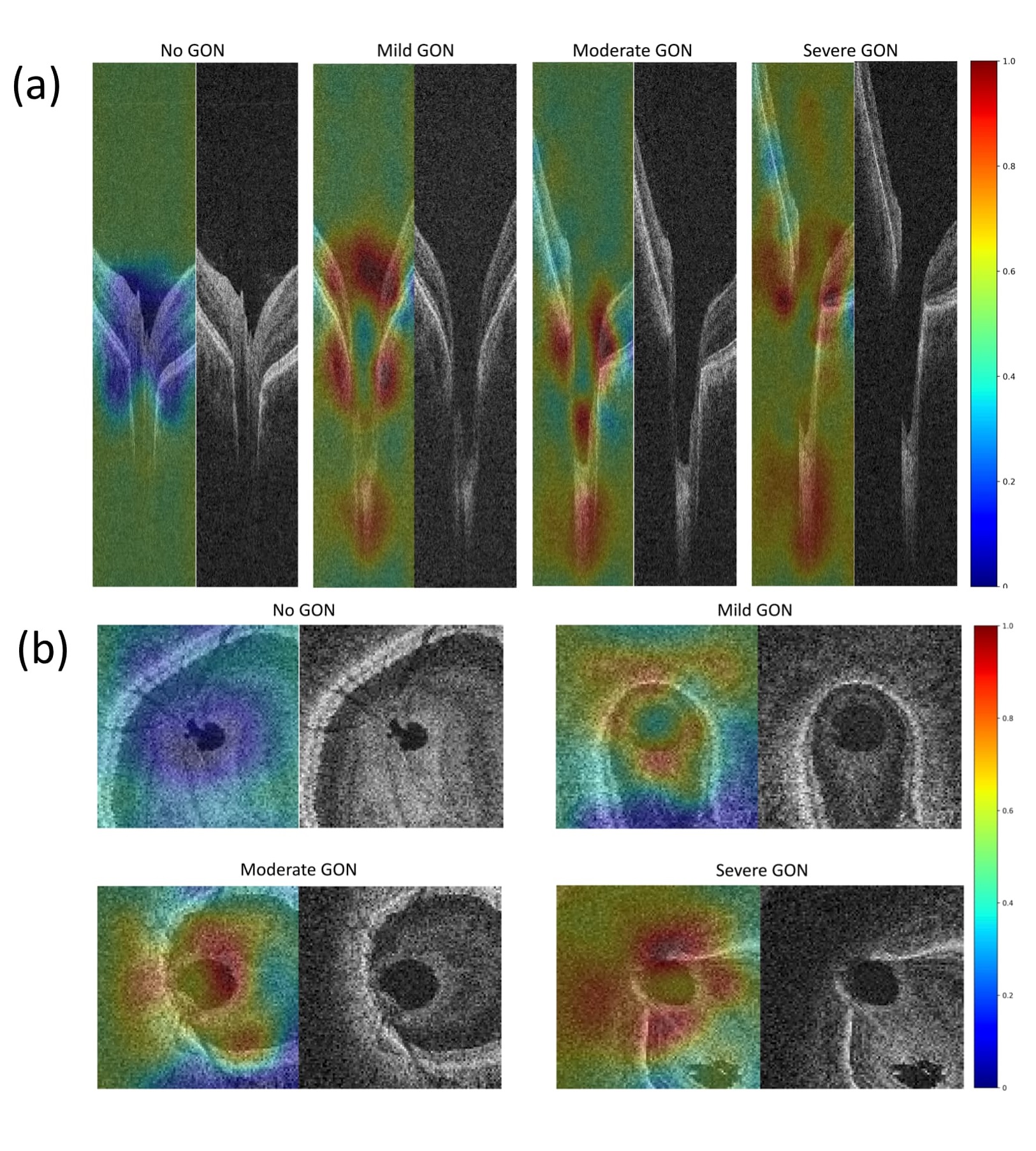